These are my favourite creative works from 2016.

Some are big and bold, others just brought a smile to my face. I like works that don’t look or feel like ads. They are essentially simple ideas that have a realness and authenticity to them. They are true to the values of a company or country, or true to an original intention such as an artwork (with the exception of one). I also admire the trust of the stakeholders in saying ‘yes’ to some ballsy ideas. Here they are…

Sweden became the first country in the world with its very own telephone number. “The Swedish Number,” which you can call on +46 771 793 336. It connects callers from around the world with random Swedes who have signed up to be de facto ambassadors. All of which have received no training whatsoever, and have been given no instructions about what to say.

With an ambition to be transparent, the Swedish Tourist Association has succeeded in creating a brilliantly simple, ballsy and honest representation of their country and people. Real stories, real people, real simple.

To promote an upcoming Van Gogh exhibition, The Art Institute of Chicago recreated Van Gough’s 1888 ‘The Bedroom’ painting in real life, making the room available to everyone on Air BnB to stay the night.

It may be the Fine Arts student in me, but I think it’s such a cool way of bringing something so old into the modern day. There is the coolness of the nostalgic painting being brought to life, the tangible nature of the experience by the lucky people that were able to book it through AirBnB, but also the classic sharability of the story and experience.

Staying on the same theme, Dreams of Dali virtual reality experience takes viewers on an immersive trip inside his 1935 painting Archeological Reminiscence of Millet’s “Angelus,” as part of the “Disney and Dalí: Architects of the Imagination” exhibit. Now on display at the Dalí Museum in St. Petersburg, Florida.

It feels like Dali’s work was made for this, he was just a century too early. Surrealism made even more surreal. I like. You can find other cool VR experiences here.

This ad got around censorship by making censorship look a little bit stupid. I like the approach and the hint of humour to convey a more serious issue. Could you say we are now objectifying men’s bodies?

“REI is a national outdoor retail co-op dedicated to inspiring, educating and outfitting its members and the community for a lifetime of outdoor adventure and stewardship.”

On the biggest US shopping day of the year, Black Friday, REI closed their doors and paid employees to take the day off and explore outdoors. That’s a brave move, and what better way to show the nation your company’s values than to live them at the expense of sales.

Artist Brian Kane has transformed one of those famous Billy Bass Fish into an Amazon Alexa, by using a RasberryPi processing unit and the Alexa API. Just a bit of a lol from me and an interesting example of a connected object.

A short post to share the books I’ve enjoyed over the last year. I’m an 80/20 non-fiction to fiction reader. This covers the non-fiction...

We like to see how technology evolves, where it’s going and what kind of new opportunities and challenges it will bring to our work... 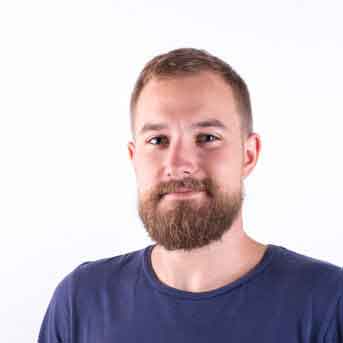